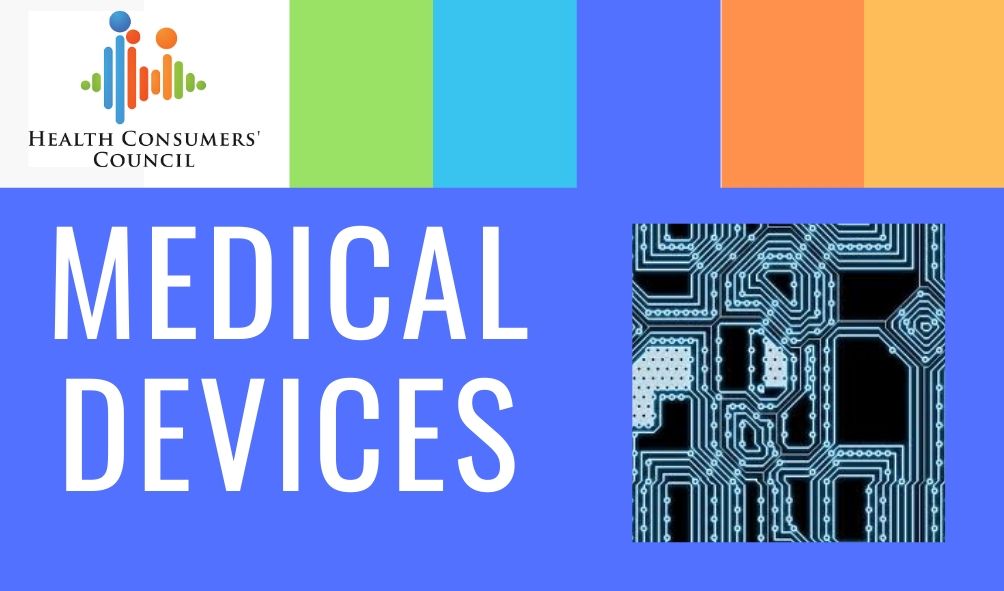 Have you seen the Netflix Documentary The Bleeding Edge? In not, watch it now…

The day before the National Mesh Forum, which was convened on 5th April 2019 by the Health Consumers Councils across Australia and funded by state health departments, the Therapeutic Goods Administration (TGA) released Action Plan for Medical Devices. This was discussed at the Forum and is the culmination of some months work, but health consumers councils were not included in its development.

Strategies on the Plan:

If there’s one thing consumers need to know…

Devices do not need to have as much evidence behind them as medications in order to be listed with the TGA. This is in part reflects the assumption that there is a detailed consent conversation between patients and their surgeons. We would urge all people to think of any procedure requiring any implanted medical device as an experimental treatment, and consent with that level of attention and care.

Again, we recommend you watch the Bleeding Edge Documentary to understand more and what’s at stake for patient safety.

America has the most technologically advanced health care system in the world, yet medical interventions have become the third leading cause of death, and the overwhelming majority of high-risk implanted devices never require a single clinical trial.

Across the globe there is an investigation underway by the International Consortium of Investigative Journalists about how medical devices are listed on the different jurisdiction’s list of approved devices. Called The Implant Files, the Consortium’s website provides latest news and updates in relation to implants.

The Health Consumers’ Council in WA recently noted the implications for how devices are put onto our Therapeutic Goods Administration (TGA) list through the work done on the Pelvic Mesh Inquiry held in 2017-18. In summary, the TGA often relies on slim evidence from other jurisdictions to approve a device, and whether there are any reports of post implant complications to confirm a device’s safety. However, reporting complications is not compulsory, and very often, clinicians don’t. They may not be aware that there is a trend, thinking “it’s only this one person, so is it relevant?” or for whatever reason, they don’t report.  Consumers can report faults in implants they have had put into their body, if they know there is a place to do so on the TGA website, and if they know the serial number of the device. In other words, this is also not likely.

There is no easy way of knowing which human being has which implant, as there are only registers for certain kinds of devices, and records are often not digitised or easily shareable for it to be easy to do a product recall. It should be like doing an airbag recall for your car, but it isn’t.

The Health Issues Centre in Victoria has begun an anonymous survey for consumers who think they may have been impacted by implants, which you can complete by clicking on this link. Hernia mesh has already emerged as one of the leading implants causing pain and suffering for patients.

This issue of harm through implants is only growing in magnitude, and it is clear we need to overhaul of how we approve devices, and have a clear register of any high risk implant being put into a human body. There needs to be a clearer path for consumers to have the side effects of implants taken seriously, and a much more robust way of providing consent in the first place. This issue will be a focus for us in 2019.