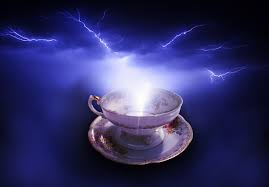 The announcement slipped in easily enough just before Christmas. On December 15, in its mid-year budget update, the Federal Government announced that they would scrap the incentive payments for pathologists for bulk billing of tests, because the rate of bulk billing had not increased. In other words, the measure appeared to have failed.

This announcement reflects the work being undertaken in the Medicare Benefit Schedule (MBS) reform process which was established in April 2015. The MBS is a list of more than 5,500 item numbers against which medical practitioners can bill the federal government for payment. It is the basis of business models for public, private and not for profit health services. It includes clinical items as well as this type of incentive payment.

Queue then the entrance of the Royal College of Pathologists, and the Australian Medical Association. In other words, organisations whose bottom line is affected by this change. In some online and newspaper reports, figures were put on the cost to consumers of a pap smear  at around $30. On 6th January an article appeared on Mamma Mia’s website, and a petition about the cost of Pap Smears and pathology tests was launched by Change.org. Signatures are nudging very close to 150,000, and rising as this blog is being written. Yet the incentive payment being scrapped was in the region of $1.30-$1.40 according to the Federal Government. In the short discussion I just had with the media spokesperson for the College of Pathologists, the position of the College seems to be a reluctance to nominate an actual figure to be passed onto consumers. So is this an issue, or isn’t it?

I would venture to suggest that it is not. Change is always a difficult phenomenon to manage, and communication seems to have contributed to the backlash the Federal Government is experiencing. The real story is the reason behind the MBS Review and why it is so important for Australians that this happens. Here are some terrifying facts and figures about the MBS provided by our national body The Consumers Health Forum:

You read that right. Only three percent.

So the MBS Review team are carrying on their work, amidst the media cacophony. They are still very keen to hear from the community, but many people find the topic inaccessible and can fail to see how this may affect them. Perhaps this controversy will raise awareness of this enormous and much-needed reform currently unfolding. It is unfortunate that this Review is always going to get caught up in economic rationalist arguments and the undeniable need for our country to reduce its health costs. Public scrutiny will be important to ensure that the focus is on eradicating inefficiencies, duplication and waste rather than diminishing access to quality health services. But let’s ensure that this is a patient centred discussion, not a vested interest centred discussion.

Just before Christmas the MBS Review Taskforce released a new consultation has to look at obsolete MBS items, with feedback invited until 8th February 2016. If you are brave to work your way through the consultation documents, feel free to have your say.

Written by Pip Brennan, Executive Director of the Health Consumers’ Council of WA.