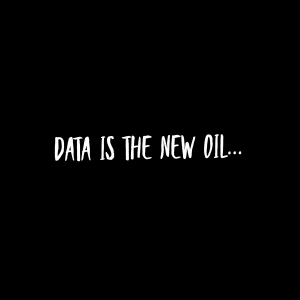 Since January 2019 when the opt-out period ended, 90% of Australians have ended up with a My Health Record. Like all our state counterparts, we were funded by the Australian Digital Health Agency to circulate information materials on My Health Record via our networks. We have noted that some social media posts have attracted concerns from consumers, and have communicated these to the Australian Digital Health Agency.

We also undertook a survey to explore the issues important to consumers, and gain an understanding of real-life experiences of using My Health Record. We are currently compiling the results of this survey, and you will be able to find them on our My Health Record web page soon.

On 11 December the CEO of the Australian Digital Health Agency, Tim Kelsey, announced his resignation. A new appointment will be made early next year.

As noted elsewhere in this edition, this strategy was released in October 2019, almost a year to the day of the last stakeholder engagement HCC was able to be part of. Now the Strategy has been released, it’s clear that the main goals require an electronic medical record. The scale of this undertaking is not to be under-estimated. The WA Health Information and Communication Technology Consumer Reference Group re-convened in November 2019 and there are hopes for more robust engagement and a co-design process with consumers, clinicians and administrators to drive this project forward in the way it needs to go.

Meanwhile, WA’s Department of Premier and Cabinet has completed the Privacy and Responsible Data Sharing consultation, and submissions received are now being analysed and legislation drafted. It may surprise you to know that we are the only state without privacy legislation.

I contributed to an independent submission which was supported by Professor David Watts, former Victorian Privacy Commissioner, and Dr Bridget Bainbridge, whose inputs were kindly supported by the Minderoo.

The submission argued for an innovative approach to the drafting, rather than merely “cutting and pasting” other state’s legislation, first written in the 1980s. Our world has changed beyond recognition since then, and Europe has led the way in developing the General Data Protection Regulations which seek to uphold civil rights. Th argument was made to aim for something along these lines that will allow us to more easily participate in international research.

Data is the new oil

It has often been noted that three enormous enterprises, Amazon, Google and Facebook, do not charge for their products. That is because the data they harvest from their platforms is far more valuable and marketable than membership fees. It is vital that as citizens we do not “give away the farm” when it comes to our health data. There have been alarming precedents in other countries where health data has been swapped for “innovation” – so that the costs of developing a platform, for example, are not met by the public purse. But what is the cost of this in terms of loss of privacy, in leaving ourselves open to having our data re-packaged and sold back to us?

Meanwhile, there is a confusion in the public mind about how much data is shared between government agencies. There is an expectation that data is shared much more than it really is. The excuse of “privacy” is often invoked by government agencies keen to control what information is shared and avoid contentious issues reaching the light of day, or stymie the ability of people to seek redress.

In Australia there is no independent, publicly funded app for My Health Record. There are three commercial providers who provide apps, and as we saw in 2019 with the Health Engine debacle, in some states our data was being on-sold to third parties – which consumers had consented to with one click, without any real understanding of what we were consenting to. The phenomenon of signing away our rights is endemic. The Norway Consumer Council worked out that it would be quicker and faster to read the New Testament than it would be to wade through the terms and conditions of 33 apps on your average smart phone.

As always, a “buyer beware” approach is important. If something is free (Facebook for example), then you’re for sale. Many of us make this call because what we receive is worth the (largely invisible) cost of obtaining something we want right now, which is the functionality of what the app offers.

Does this topic interest you? Would you like to stay in touch with projects and initiatives in data and IT, email us at info@hconc.org.au with Digital Health as the subject line.

You might also want to listen to this episode of Big Ideas exploring this complex topic.