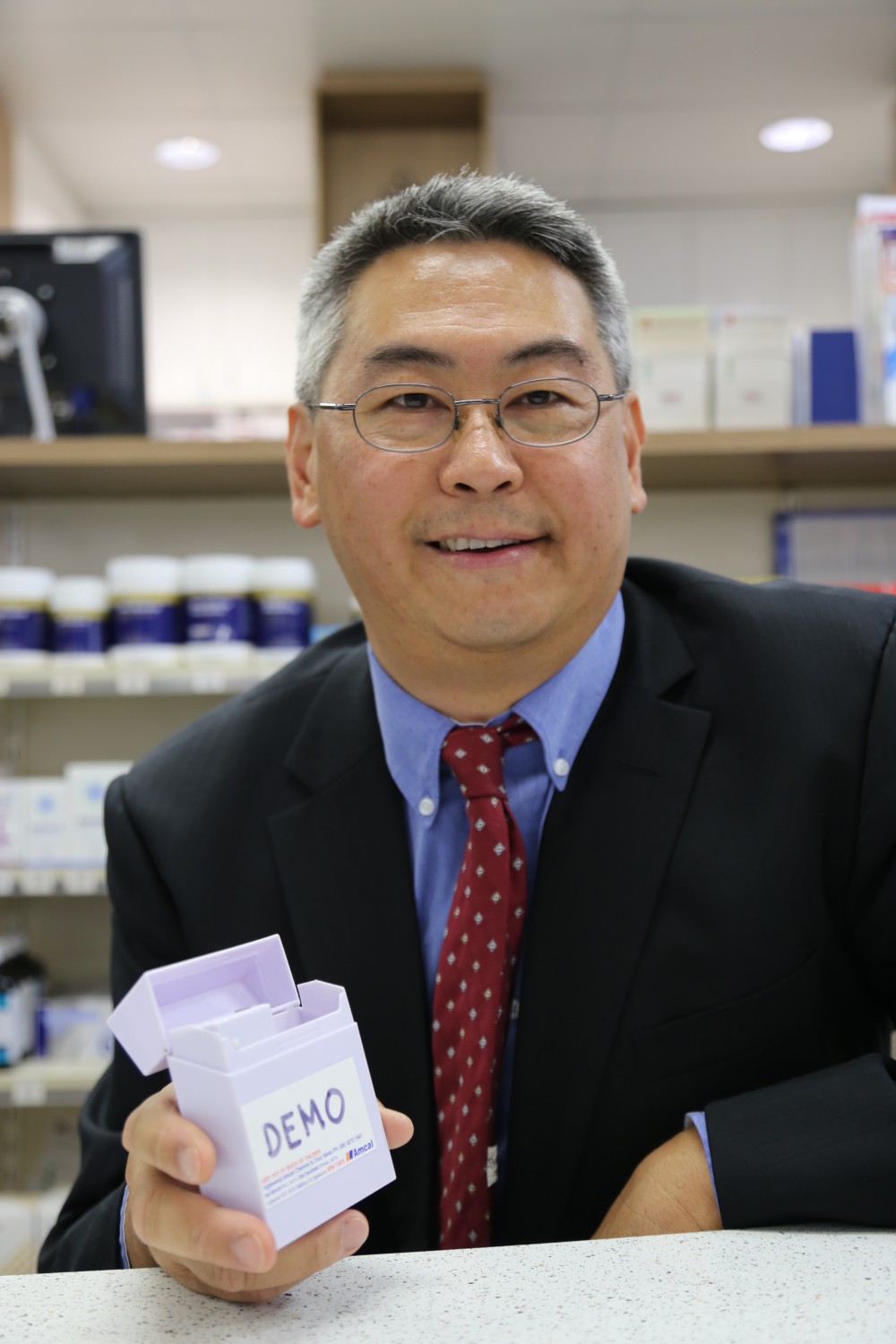 The cigarette packet is a plastic case for smokers to keep their cigarettes or nicotine-replacement products. The box is equipped with a speaker and microphone.

Smokers can record their own voice (or that of their loved ones) reminding them of the reason they want to quit. This plays every time the packet is opened.

Associate Professor Paul Chang from ECU’s School of Psychology and Social Science said the idea was to tap into the smoker’s own motivations for quitting.

“So far we have no widespread data, but we have tried the box out on clients of one pharmacy with good results. If you are a confirmed smoker with no intention of quitting you will have no interest in the device. But people who have already tried and failed to quit find it is a really good add on to change behaviour. It is very important for people to have their own personal motivation to do so,” he said.

Every time they open the packet it will give them a powerful motivation to quit once and for all.

“The message should give personalised reasons to quit that are important to the smoker, such as promises they made to themselves, their spouse or their children.”

“One thing I think that could be particularly effective for parents who smoke would be to get their children to record the message, encouraging them to kick the habit.”

Study participant Cathy Skalski said she had reduced the number of cigarettes she was smoking since she started using the packet.

“I have a recording of my two-week old grandson crying on my packet,” she said.

“It’s a great reminder for me of why I want to quit, so I can watch him grow up.”

Ms Skalski said having the sound play every time she opened her cigarette packet was embarrassing. That is a further incentive to reduce her smoking.

“I don’t like people looking at me when they hear the sound of a baby crying when I open the pack, which is good because it means I’m less likely to reach for a cigarette,” she said.

Professor Chang said the next step for the research was to use the data from the study to design a larger randomised control trial.

Professor Chang is currently looking for volunteers.If you are a smoker and want to stop but are finding it difficult to quit, leave a message on 6304 5745 or send an email to: p.chang@ecu.edu.au