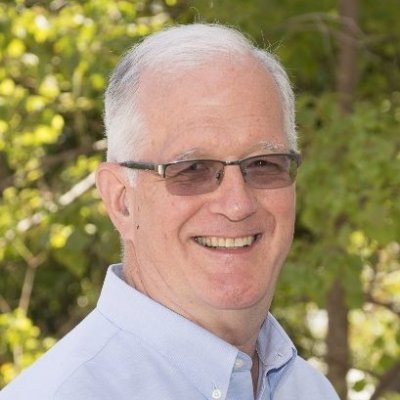 In 1993, I started having trouble seeing properly through my right eye. It was as if I was looking at the world through a spider’s web. An ophthalmologist diagnosed a condition which he called “collagen stringing”. He explained that all the ‘lines’ interfering with my sight were in fact strings of collagen cells which had formed inside my eye. He told me the condition couldn’t be treated and I would eventually go blind in that eye.

A year or two later, other symptoms started to appear. I began to forget things. My family, friends and staff picked up on changes in my personality. Like most people with an emerging mental health problem I was not aware that something was wrong and typically I refused to listen and seek medical help. The eye problem hadn’t got any worse and I had accepted it as normal. My family and I did not connect it with these new symptoms that were causing serious problems in my private and professional life.

In December 1999, an optician advised me to seek a second opinion ( another ophthalmic examination) and referred me to arguably the leading eye clinic in Perth. This time, the very senior ophthalmologist (who denied any knowledge of a condition called “collagen stringing”) took one look in my eye and sent me off for a CT scan. This happened on a Friday afternoon at 3.30pm and by 6.00pm that same day, I was in the consulting rooms of a neurosurgeon to discuss how to deal with a primary but fortunately benign brain tumour called a meningioma the CT scan had revealed behind my right eye.

The meningioma was wrapped around my right optic nerve which explained why I had been having vision issues in that eye for so long. The meningioma was as large as a squash ball and had pushed the right frontal lobe of my brain out of alignment inside my skull. As a result, I had been and was still living with a mental health condition called Frontal Lobe Dysfunction – the sinister source of all my personality issues and some very costly and unexplainable decisions I had made in my business which was by now heading south at an alarming rate.

A question of life or death

The neurosurgeon told me I had two choices – I could leave it in situ or have it taken out. He then told me that it would kill me within two years if I left it in – it was still life threatening despite being non-cancerous and not metastatic. What to do? Perform a craniotomy as quickly as possible.

From then on, things moved quickly. I was introduced to MRI machines and was admitted to hospital early the following week. Subsequent blood tests indicated I experienced a cardiac event during the craniotomy which took nine hours or so to perform so after a short spell in ICU, I was transferred to the CCU where I remained for two days. Presumably because there were no further symptoms of a heart problem. I was then transferred back to a surgical ward where I remained until discharge a week or so later.

Among the post-discharge medications prescribed for me was one called Dexamethasone. It is a corticosteroid with potentially major side effects including elevated aggression, agitation, anxiety, irritability and pronounced mood swings. I experienced all of these to such an extent that I became an extremely unpleasant person to be around – so much so that my relationships with members of my family were strained to their limits. I did not know then whether my behaviour was due to the medication or the effects of head entry surgery which I believe can have much the same effect on behaviour and personality etc. as a serious acquired head injury. Either way, life was not good – so much so, I tracked down an organisation known then as the Head Injury Society and left a request on their voicemail for an urgent call back. Three weeks later, I got that call only to be told that the first appointment they could give me was in three months’ time!

There were some other subsequent issues relating to life insurance policies and our business which caused even more heart-ache than the dexamethasone but these are not relevant to a patient’s story from a health service provider’s perspective other than to say that serious injury or illness impacts on many more aspects of one’s quality of life than merely those which are typically considered in a health service care plan.

What could’ve helped my patient experience

Hindsight is a wonderful thing but my family’s and my experience of the continuum of care would have been better if the following could have occurred before and/or during the events in question.

My patient experience has a good ending. The removal of the meningioma restored the sight in my right eye immediately. A subsequent angiogram and stress ECG confirmed that I did not have a heart problem. My personal and business lives are now back on track and I have learned a lot – and met some fabulous people – by investing my time in the promotion of consumer involvement in how the health system should look as it faces the challenges of the future – particularly from a patient’s perspective! 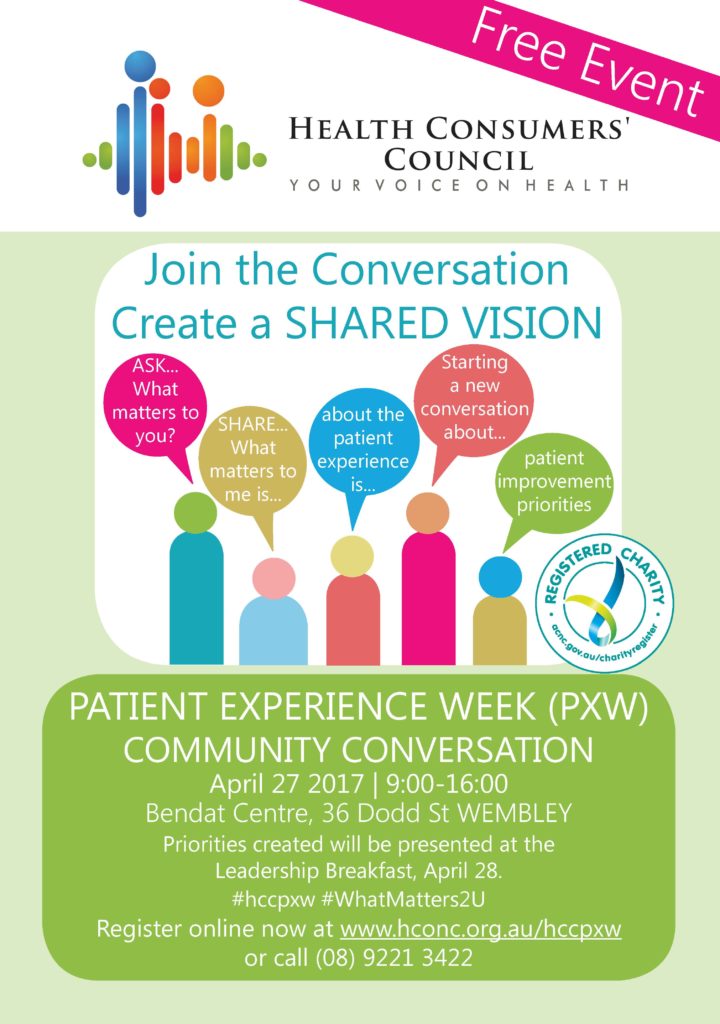 Powerful Change Can Happen When There Is A Shared Vision Of What Works. Join The Health Consumers’ Council And The Australasian College Of Health Service Management As We Start A New Conversation About Patient Experience.

Expertise is found at both ends of the discussion between patient and healthcare provider. It is in administration, in hospitals and community settings. It is found in homes, with our carers and the community at large.